You have no items in your cart.
Total: $0.00
View Cart Checkout

To update the cart including qty, please click on the "View cart" or "Checkout" buttons above.

Julius Klein Group: The Brand Behind the Brand

The Julius Klein Group is the epitome of the family company, with three generations following a trail that’s been blazed for 70 years. 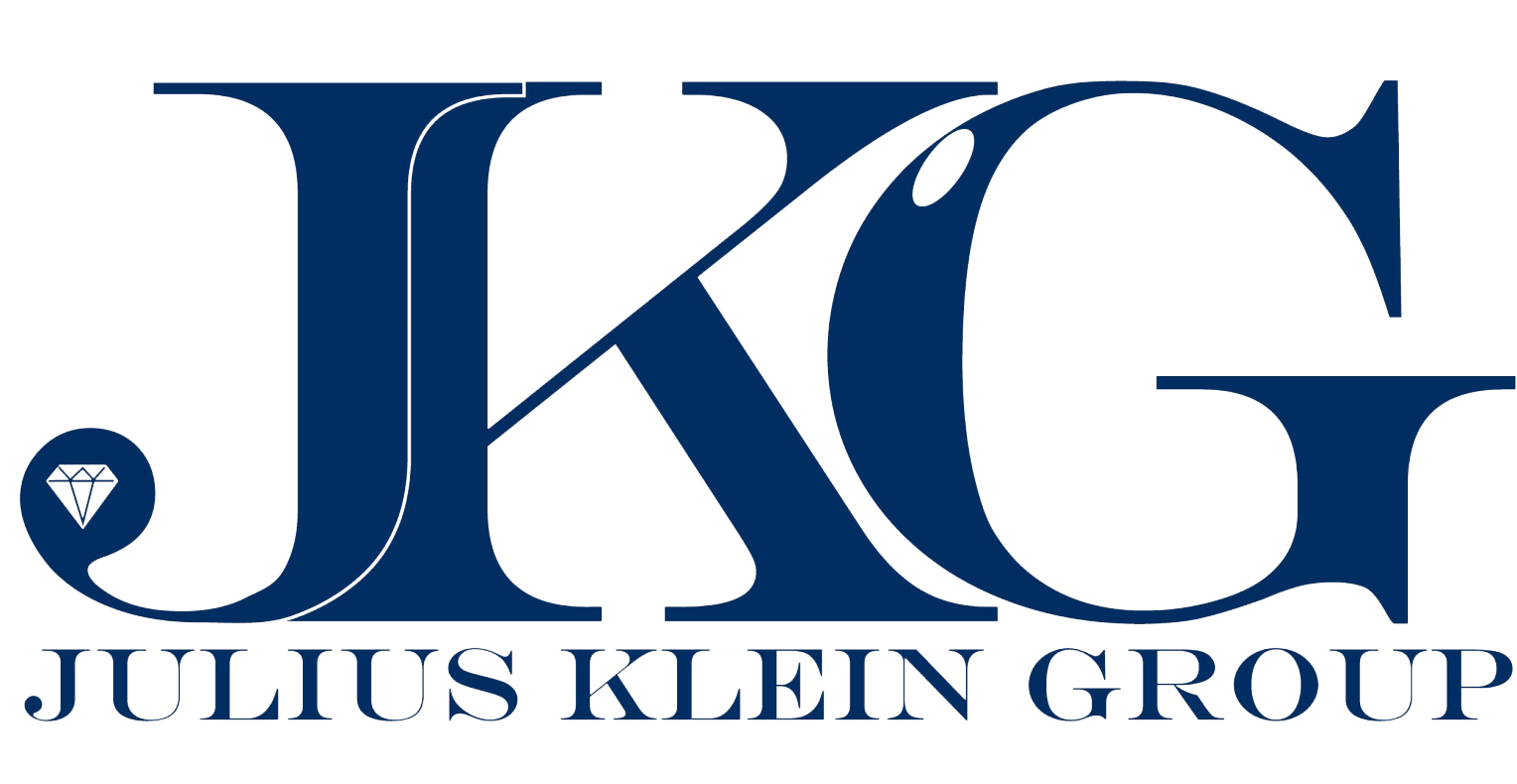 Over those decades, the company has maintained a sense of appreciation for its own history that synthesizes tradition with cutting-edge modernism. For example, while the company has recently paired with i-Showcase to build an e-commerce website that far outpaces any competitors’, Mark Klein, the Director of Operations for the Julius Klein Group was proud to let us know that the company has employed the services of some of its Master Cutters through multiple generations, with its most senior cutter working with the company for over 52 years! It’s a symbolic reflection of the legacy that the current generation of the Klein family treasures as its inheritance.

Julius Klein is devoted to four watchwords: integrity, trust, dedication, and craftsmanship, and those four words undergird everything that the group does.

And what Julius Klein does is diamonds. From the vintage excellence of the Emerald cut, to the Round Brilliant cut, to everything in between, JKD represents the ne plus ultra of diamond supply. As a company that works with mines on multiple continents and in many countries to find the most high-end diamonds on Earth, JKD likes to promote itself as the “brand behind the brand”. That is to say, the Julius Klein Group supports the work of independent retailers in allowing them access to one of the world’s largest comprehensive inventories of magnificent jewelry and certified white and fancy-colored diamonds ranging from the sunniest yellows to rare pink and blue diamonds.

It’s fair to say that Julius Klein is truly a global enterprise too. We mentioned that the company’s diamonds are mined globally, but the story doesn’t end there. Instead, in the heart of Africa, the Julius Klein Group invests in the well-being of the communities that contribute to its success: The company has invested millions to keep a great deal of the industrial diamond trade in local communities in Namibia and Botswana. Funding orphanages and children’s resources in these countries is one phase of the JKD humanitarian outreach towards the communities with which it partners. 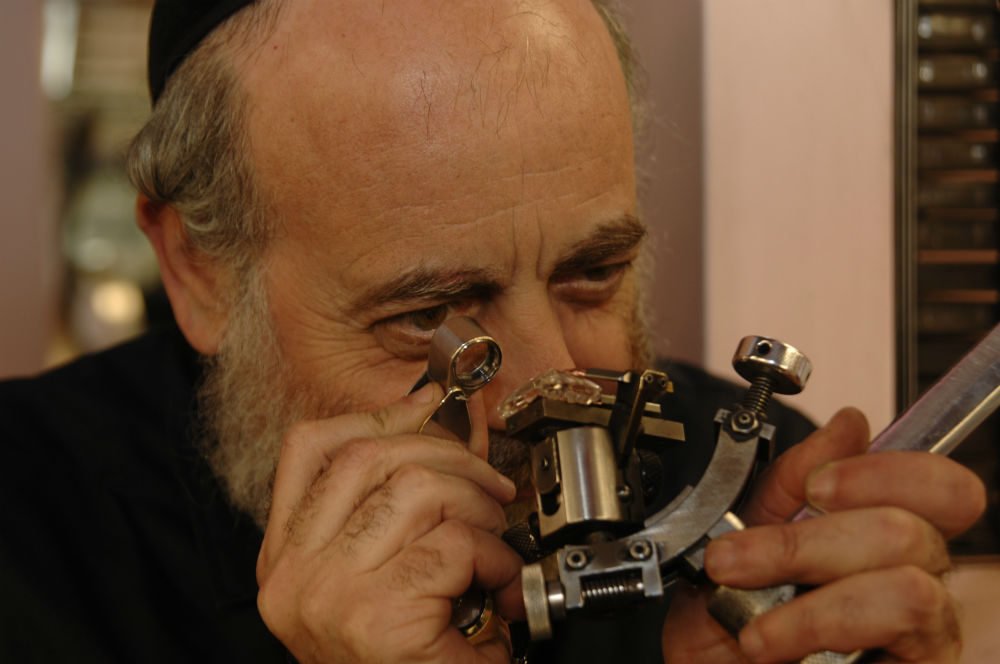 Another facet of this outreach targets women and men equally for one-on-one training as diamond cutters. This training empowers locals to stand on their own two feet as skilled artisans who can parlay their new skill sets and abilities into money for their families and towns. Additionally, the JKD-Dinamo Trust (the social outreach partnership between the Julius Klein Group and Dinamo Diamonds), has donated N$50,000 to expand and revitalize two primary schools in the Ohangwena Region of Namibia.

Once the diamonds have departed Africa, 80 percent of their finishing is done in the United States, where Julius Klein boasts the largest polishing facility in the Western Hemisphere. Mr. Klein was pleased to inform us that his company also takes advantage of a device known as the Synova DCS 300, one of the few in the world. Its extraordinary rarity and cost speak to the dedication that JKD invests in every single diamond. The DCS 300 is a pioneering laser cutting instrument that can cut a diamond in a single setting rather than from both sides, as has been the case with conventional lasers. This cutter utilizes water cooling jets and a neodymium-doped yttrium aluminum garnet (YAG) laser to quickly do work that would have taken months in previous decades.

It’s clear that when it comes to technology, corporate responsibility, and quality diamonds, JKD is at the top of the game, but what are the challenges that this company sees for the future of the jewelry industry?

When we asked Mr. Klein this question, he suggested that the biggest dilemma facing the industry was the delicate pas de deux between time-tested traditions and modernity. Customers, in his words, will never abandon their desire—or need—to see and touch diamonds in person. The trust engendered by reliable retailers stocking high-quality pieces continues to be a crucial component in selling jewelry, but at the same time, the growth of the internet (including social media and the “always online” mentality) has radically altered the way people do their research, shopping, and information-sharing. Without maintaining brand awareness in the minds of consumers and engaging with younger customers through unique events that catch their interest and dazzle their imaginations, there’s simply no way that a retailer can maintain their success in the 21st century.

The answer for retailers is, to remember those four words that inform the JKD philosophy—integrity, trust, dedication, and craftsmanship—and to emulate what’s been the Julius Klein passion for decades: Maintain the best of what’s been learned from traditions while continuing to explore what technology has to offer.

(As seen in Jewelers & Technology Magazine)

Julius Klein Group: The Brand Behind the Brand

The Julius Klein Group is the epitome of the family company, with three generations following a trail that’s been blazed for 70 years.

Are Tiaras the Next Bridal Accessory?

Will crowns be the next big thing in bridal jewelry and accessories? Read on to find out.

Don't have an account? Enter your order number and email address below to track your order.